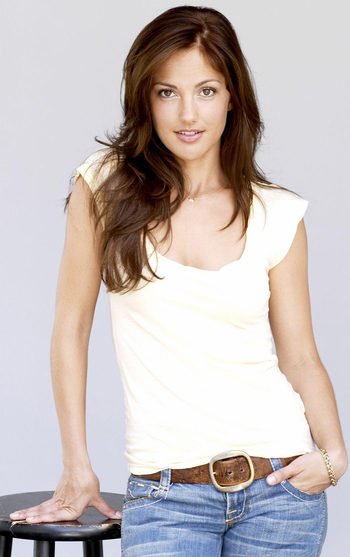 Kelly is best known for her roles in television, particularly as Lyla Garrity in the television adaptation of Friday Night Lights, which she portrayed from 2006 to 2009. Some of her other notable television credits include Parenthood, Charlie's Angels (2011), and Almost Human. In 2018, she debuted as DC Comics heroine Dawn Granger / Dove in the live-action DC Universe series Titans, based on the Teen Titans franchise.

She's also known for her roles in thrillers and horror films, including the likes of The Pumpkin Karver and The Roommate, the latter of which she co-starred against her Hollywood doppelgänger, Leighton Meester.

Her father, Rick Dufay, was briefly a member of the rock group Aerosmith in The '80s.