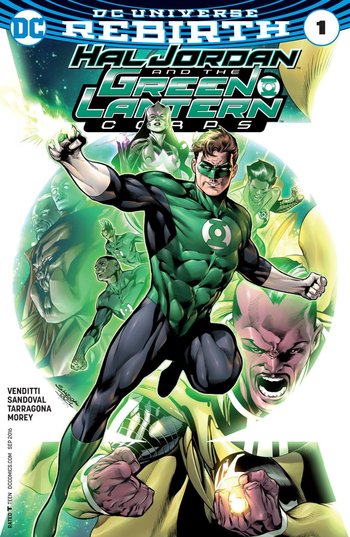 Hal Jordan and the Green Lantern Corps is a 2016 biweekly comic book published by DC Comics as part of their Rebirth initiative, written by Robert Vendetti with art duty shared between Ethan Van Sciver, Jordi Tarrogona, and Rafa Sandoval.

The Green Lantern Corps, protectors of the universe for untold eons, has vanished. In their absence, the Sinestro Corps has taken control of the universe. It's up to Hal Jordan, disgraced after his leadership of the Corps, to find and restore the Corps to its rightful place.

The book serves as a continuation of the previous series of Green Lantern, Sinestro, and the Green Lantern Corps books Lost Army and Edge of Oblivion. Despite the name, it features a huge cast of characters, though mainly focused around the primary Earth Lanterns. The series is published concurrently with Green Lanterns, which focuses on the Earth adventures of Simon Baz and Jessica Cruz.