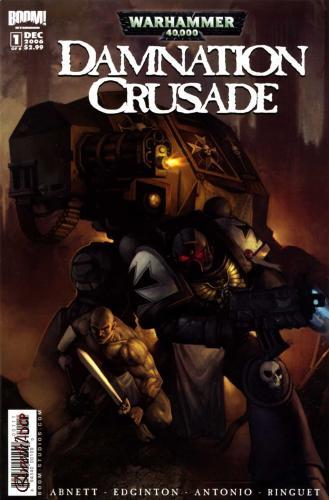 Damnation Crusade is a comic set in the Warhammer 40,000 verse, jumping between the stories of three Black Templars - the young savage Raclaw, selected by the Black Templars to join their ranks; Brother Gerhart of the Sword Brethren (the Black Templars' First Company equivalent); and finally the dreadnought Tankred, who was born Raclaw and later took on the name Gerhart. They're the same warrior.