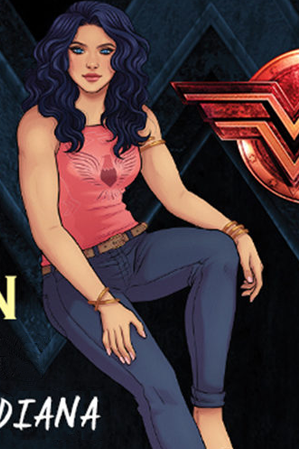 "You can't live in fear. You make things happen or they happen to you."
Advertisement:

The main character of the book, destined to become Wonder Woman. 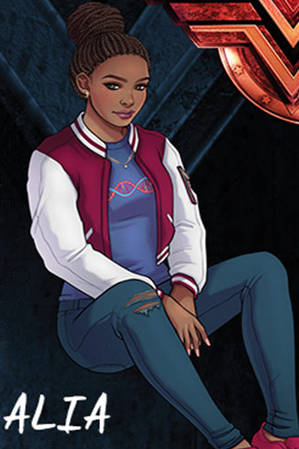 "I'm Alia Mayeux Keralis. My father's blood made me a warbringer. But I am my mother's daughter, and I am going to stop a war."

Daughter of Nik and Lina Keralis, she's been living in fear of the people who want to hurt her family since the death of her parents. After an explosion on the ship she was one killed everyone else, she is rescued from drowning by Diana. However, she is the Warbringer, destined to start a world war, and so her adventure goes on. 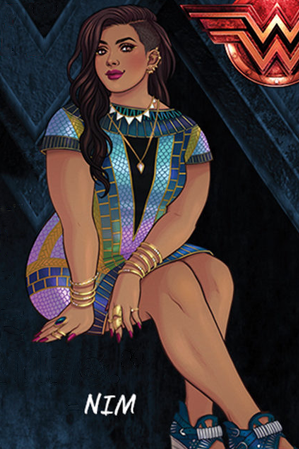 "It's the people who never learn the word impossible who make history, because they're the ones who keep trying." 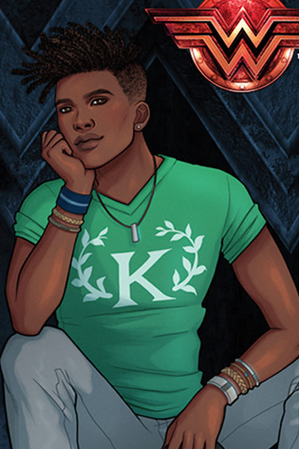 "It's always cooler to be the villain. You get to wear all black and have a lair and brood." 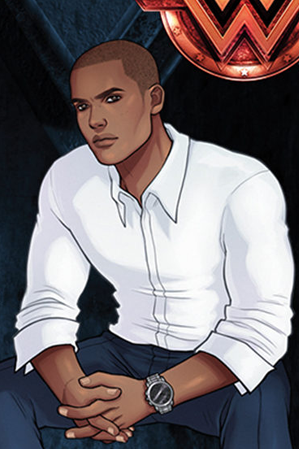 "We aren't like everyone else, Alia. Our family doens't have that luxury."

Son of Nik and Lina Keralis, older brother of Alia. He's been protecting her since the death of their parents. 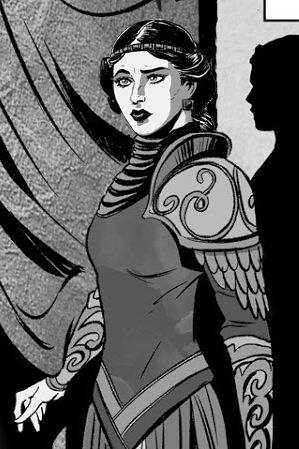 Queen of Amazons, mother of Diana. 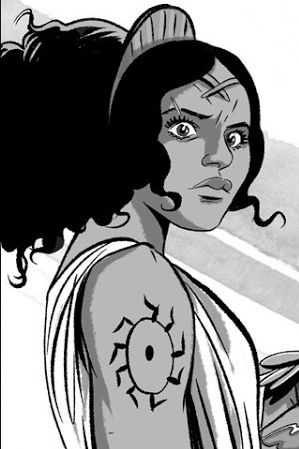 Hippolyta's second in command. Does not trust the goddesses gift of life to Diana, and fears accepting it will harm her fellow Amazons as the goddesses do not give things for free.

"The Warbringer must reach the spring at Therapne before the sun sets on the first day of Hekatombaion. Where Helen rests, the Warbringer may be purified, purged of the taint of death that stains her line. There her power will be leashed and never pass to another."

The Oracle of the Amazons, a shifting all knowing figure 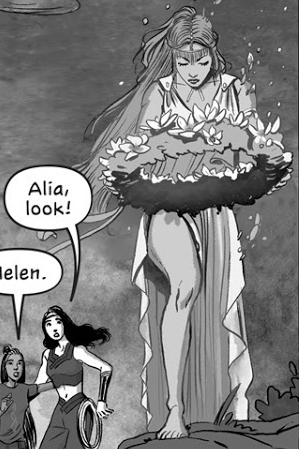 Helen Daughter of Nemesis, goddess of divine retribution, born with war in her blood. First of the haptandrai, the hand of war.

The daughter of Zeus and Nemesis, the first Warbringer from whom Alia and Jason are descended. 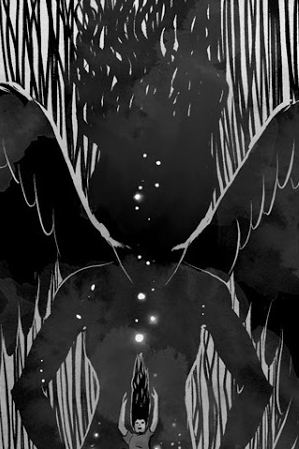 Goddess of divine retribution and the source of the cursed Warbringer bloodline through her daughter Helen. 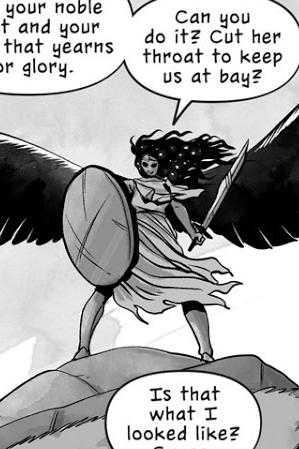 Goddess of Strife and war. 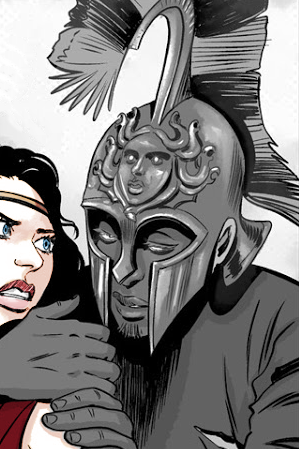 The Greek god of panic and war. Son of Ares and twin of Deimos. 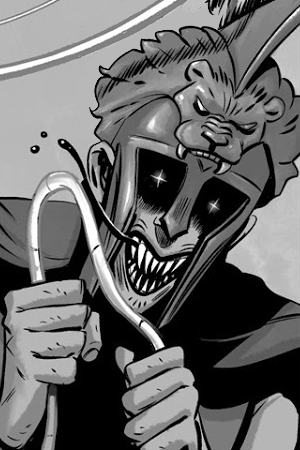 The Greek god of terror and war. Son of Ares and twin of Phobos. 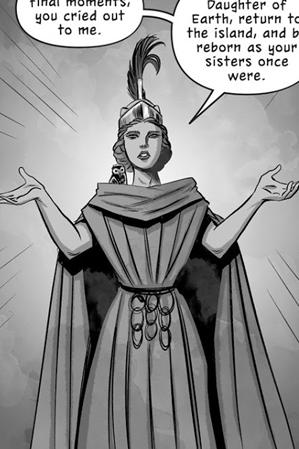 Virgin goddess war, knowledge, weaving and the pursuit of truth. She was the one who spun the Lasso of Truth and one of the goddesses responsible for giving Diana life and creating the sanctuary of Themyscira.