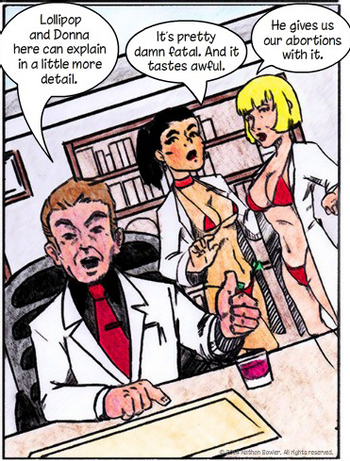 was a Canadian parody superhero story featuring ridiculous adventures involving a likable idiot who gained superhuman powers. It was drawn by various guest artists, and written by Nathan Bowler (creator of Superandom) and Damien Fleury.

The website was known to have a few hidden Easter eggs hidden throughout. As well, the humorous slogan above the footer is always random with each new page reload or page refresh.

though they have stopped updating

Unfortunately the creator had to take the comic down in July 2017 due to the unsustainable costs of hosting the site.