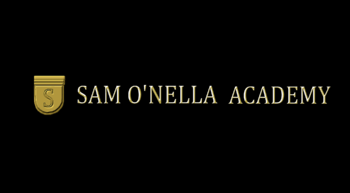 Hey kids!
Hey, kids~ Have you ever wanted to watch a YouTube channel that covers various weird facts, historical events, and other weird, wacky things, in a manner that's both hilarious and surprisingly informative? Well, Sam O'Nella Academy has you covered.
Advertisement:

Sam O'Nella is a YouTube channel made on June 13th, 2016, and makes videos about many different facts of life, from obscure subjects such as "why it sucked to be a pirate", to historical events on "non-water floods", to biographies about very strange people, such as Tarrare, the hungriest man in history. In spite of its intentionally low-quality animation courtesy of MS Paint and more humorous approach, Sam O'Nella still manages to be both entertaining and informative about whatever strange topic he talks about. In other words, he's what happens if GradeAUnderA was part of Overly Sarcastic Productions.

Until next time, I'm Sam O'Nella, and thank you for watching.
Feedback

When Bad Advice is Good Advice

Timothy Dexter's enemies try to trick him into bankrupting himself.

When Bad Advice is Good Advice

Timothy Dexter's enemies try to trick him into bankrupting himself.