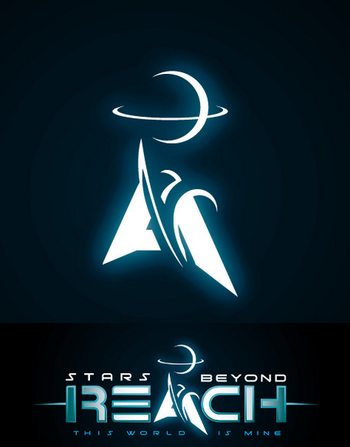 You are the captain of a Sleeper Starship sent into space with the fruits of your civilization's scientific and cultural heritage as well as the best and brightest of its people on board. At least, that's what you've been told by your ship's computer. The implant that should have told you all that has been sabotaged, taking most of your personal memory with it. Not that it would have helped since the ship's records have been wiped along with your navigational charts. The computer's done the best it can to repair the damage, but all it had to work with is these transmissions from a planet called Earth that was blown up a few millennia ago. Better than nothing, right?
Advertisement:

You'd better hope so because you're about to make planetfall, and the place is already occupied by thirteen distinct intelligent species, who 1.) don't get along, 2.) can see you're coming, and 3.) are not happy about it.

So there you are, newly crowned benevolent dictator for life, with nothing but a computer, a cold sleep ship converted into a government center, alien technologies and buildings at your fingertips, trapped on a world of things that want to kill you. What do you do? Explore, expand, exploit and... thrive.

Stars Beyond Reach: This World is Mine is an upcoming 4X/city builder from Arcen Games, makers of AI War: Fleet Command and The Last Federation. It is a distant sequel to both games, set in the same universe thousands if not millions of years later.

As of May 2021, the game's status on its Steam store page is set to "Unlikely To Ever Release," with a detailed note from the devs about why the project was canceled. Some resources and design choices from this game made it into AI War 2 and others will be used in future titles.

Stars Beyond Reach contains examples of: