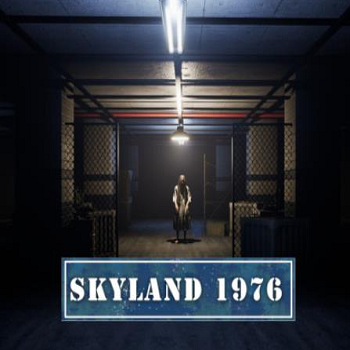 Skyland 1976 is a 3D first-person Survival Horror game, developed by Simon CLAVEL and released for PC through Steam on November 17th, 2019.
Advertisement:

On October 15th, 1976, Simon Hopper's sister, Alice, vanished under mysterious circumstances in the forest of Grayson, Massachusetts. An investigation was conducted, but it was quickly dismissed by the prosecutor without any justification.

Simon suspects that Skyland, a top secret government research facility near the forest, might have had something to do with it. He devoted his life from that moment forward to uncovering the truth behind her disappearance. Fifteen years pass, and Simon's investigation gets him nowhere...

Until October 15th, 1991, the fifteenth anniversary of his sister's disappearance.

Simon heads into Skyland, determined to once and for all get to the bottom of it.