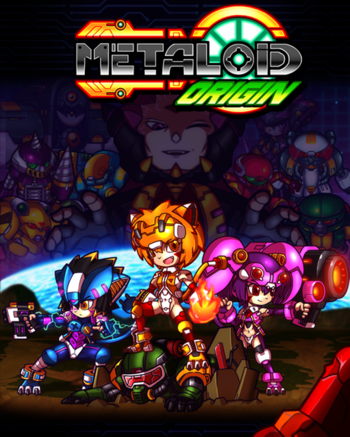 The planet Utopa, home planet of a race of Mechanical Lifeforms called "Metaloids", has been visited by an alien group known as "Lucian Corporation". The Lucian Corp's CEO, Lucian, makes a deal with Oberon, king of the Metaloids, to have the rights to mine the planet's resources in exchange with allowing the Metaloids to have access to their technology. In a few years, Utopa seems to be entering into a golden age of technological advancement.

However, one day, rumours start circulating of and armed robot group roaming around areas under Lucian Corporation's control. These rumours reach the ears of Nicolas, leader of a warrior clan who begins to suspect that the Lucian Corporation is up to something. With King Oberon's blessing, Nicolas sends out his best warriors, a trio of Metaloids known as the "Predators" wielding the power of "The Origin Shard", to look into this.