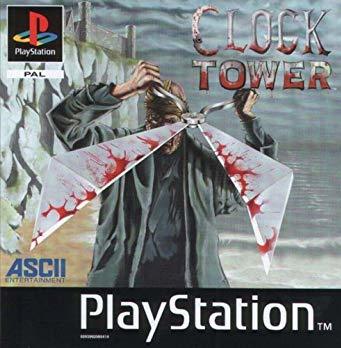 "The giant scissors once again search for prey."
Advertisement:

Clock Tower 2 otherwise localized as simply Clock Tower is the sequel to the SNES title Clock Tower (1995) released for the PlayStation in 1997 while utilizing the point and click format from the previous entry.

One year after her experience at the Clock Tower mansion, Jennifer Simpson starts a new life in Norway after being adopted by Helen Maxwell. However, Jennifer is still plagued by the memories of what had transpired and being questioned by Samuel Barton makes her wonders if the nightmare she viewed is gone for good.

That is until people are suddenly discovered horrifically slashed to death with eyewitnesses claiming a man with giant scissors is the culprit, has ScissorMan truly return? Or is there a certain truth behind the Barrows family?