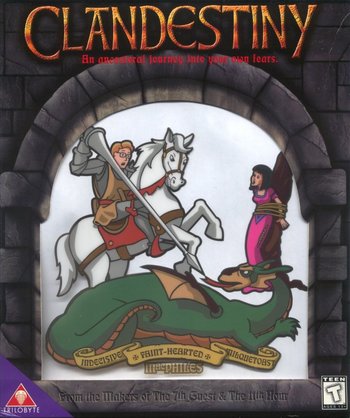 After the success of The 7th Guest and its sequel The 11th Hour, Trilobyte sought to make a similar game that was more "kid-friendly". Enter the 1996 game Clandestiny, a tale of Andrew and his girlfriend Paula who receive notice that Andrew is the 13th Earl of the MacPhiles. He has inherited a castle in the remote Scottish highlands, but when he arrives, he discovers that the ghosts of his ancestors are haunting the place. But there is treasure hidden within the castle, and he must confront the beast within to fulfill the clan destiny.

Like its predecessor, Clandestiny relies on video sequences thanks to CD-ROM technology. But instead of the Full Motion Video, the game is comprised of animated sequences. Players explore Castle MacPhiles and solve puzzles to unlock rooms, advancing the story.