That went about as well as I expected 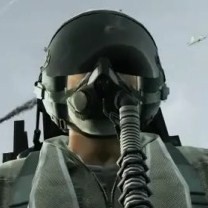 Because this is the job of everyone in the Air Force
Advertisement:

Cganale, known by the full name of Chris Ganale (which also isn't true), also answering to various nicknames including Raptor Jesus, That Sneaky Bastard, Magnificent Crossover Bastard, Gook in the Grass, and 5. Formerly a member of the World's Greatest Air Force in the Fed Explosives field, now he's got a regular 8-hour at Target where he has a really hard time not using military radio protocol. When he's done making a fool of himself for the day, he plays video games and writes stories. Or at least, he SHOULD write stories. 97% his works as Old Shame and mostly stopped writing. Now he really only tinkers very randomly at Project: Arashi and BiA, and that weird-ass RWBY / Final Fantasy XIV crossover.

Is the Mastermind Behind: