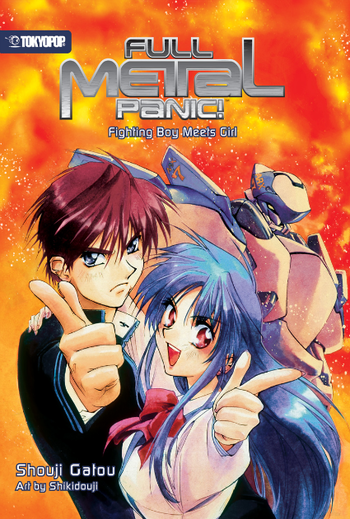 Bandai Namco Entertainment released Full Metal Panic! Fight Who Dares Wins for the Playstation 4, which is a retelling of Invisible Victory with some hidden endings, cutscenes and has a turn-based fighting system, albeit it's called the Action Order System.

# - H
The girl you have all been waiting for finally makes her appearance! The beautiful Captain Tessa from Sousuke's secret organisation is coming to school. And that would be what they call 'service for the fans'.
I - O
P - Z
Feedback