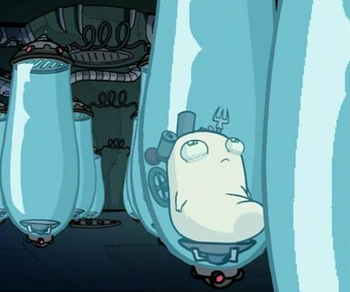 It's been suffering for so long, and Zim just... leaves it.