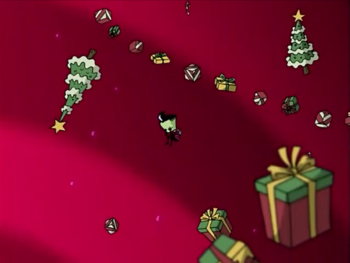 Help! It's all lost. There's no way I can get out of this suit now! The Santa has won.
Advertisement: