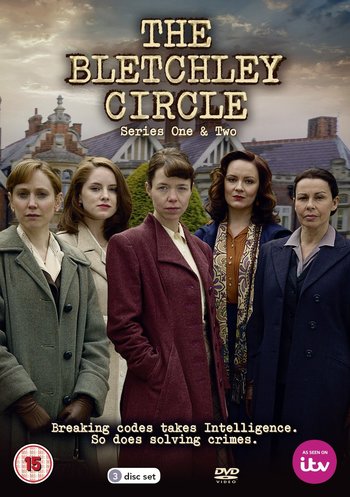 The Bletchley Circle is a 2012 miniseries about a quartet of women who solve crimes in 1952. The four worked as codebreakers during World War II, though they're not allowed to say anything about it anymore, of course. Their new careers as criminal investigators begin when Susan, one of the four, takes advantage of her free time as a middle-class housewife to investigate a pattern in a series of murders, using the information available from The BBC.

A second miniseries of two two-episode stories aired early in 2014. While the show was not renewed, a spinoff series known as The Bletchley Circle San Francisco was launched in 2018.