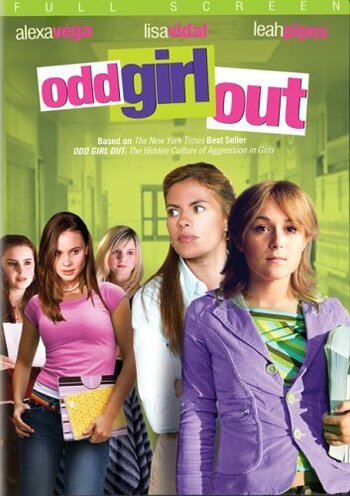 Welcome to the secret lives of girls. It's not pretty.
Odd Girl Out is a 2005 Made-for-TV Movie starring Alexa Vega, Leah Pipes and Lisa Vidal. The film is based on the book Odd Girl Out: The Hidden Culture of Aggression in Girls by Rachel Simmons, with the names of some of the characters along with situations coming straight from the book itself.
Advertisement:

Vega plays Vanessa, a 14-year-old student who is ostracised by her friends and relentlessly bullied to extreme measures. Her mother is fully aware of the bullying and struggles to fight against it, despite the faculty's indifference to many of the attacks.