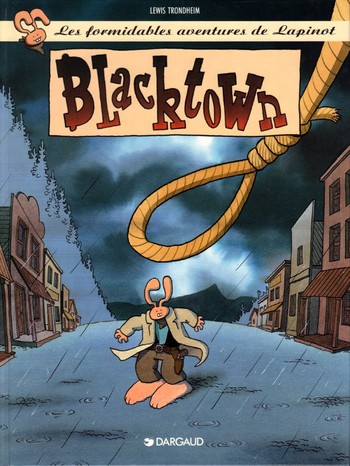 Blacktown (translated in English as Gloomtown) is a 1995 comic book by Lewis Trondheim. It is the first album of The Spiffy Adventures of McConey series.

The story parodies The Western. Lapinot arrives in a small frontier town. He is chased by outlaws and soon the whole town turns on him, because he tried to steal a horse.