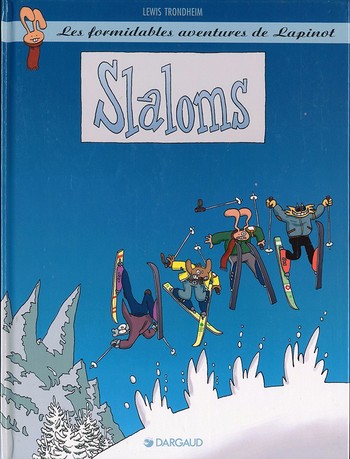 Slaloms (translated in English as Slalom) is a 1993 comic book by Lewis Trondheim. It was first published in black and white by L'Association in 1993. A coloured and redrawn version was published in 1997 by Dargaud. This version is numbered as the 0th album of The Spiffy Adventures of McConey series.

Lapinot, Richard, Titi and Pierrot go on a ski vacation. Richard is only interested in skiing. Titi tries to charm girls. Pierrot just wants to relax, whereas Lapinot still broods about his recent breakup.