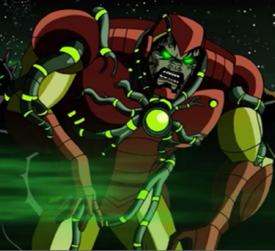 Tony succumbs to The Leader's plans of remaking the world in his "glorious" image.