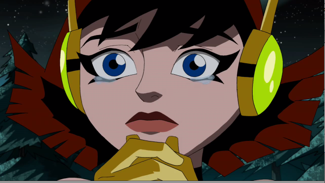 No one said avenging a world about to break would bring nothing but smiles.