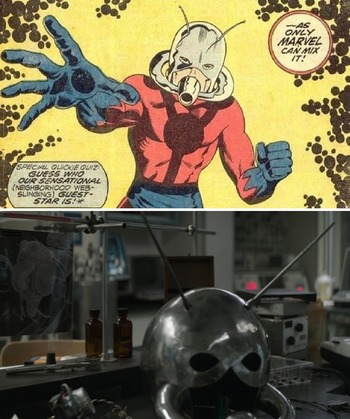 It's a shame that Dr. Hank Pym never wore this helmet in his superhero years as Ant-Man.
While the Russos have stated that Avengers: Endgame will not be adapting any particular comic storyline, there are a lot of nods to certain stories and events in the Marvel Comics history:
Advertisement: