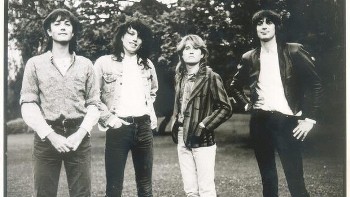 The Church is an Australian alternative rock band formed in 1980 in Sydney, consisting of Steve Kilbey on lead vocals and bass guitar, Peter Koppes and Marty Willson-Piper on guitars, and numerous drummer line-ups. Their music and lyrics are focused on surreal themes, along with Kilbey's relaxed, hypnotizing vocals. They were initially inspired by the Neo-Psychedelic and New Wave Music acts of the mid-1980's, but they turned to Progressive Rock and Dream Pop influence since Priest=Aura.

However, they are best known for the One-Hit Wonder "Under the Milky Way.

The Church provides examples of: