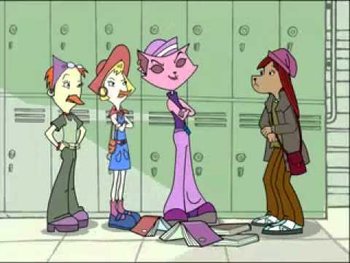 Stop Bullying Now is a series of furry cartoons aimed to encourage kids to stop bullying. It has a comic based off of it with screen shots of the show serving as panels. The protagonists are KB (Katie Blue) and Milton as they go through Middle School getting bullied.

The episodes can all be watched here https://www.stopbullying.gov/kids/webisodes/