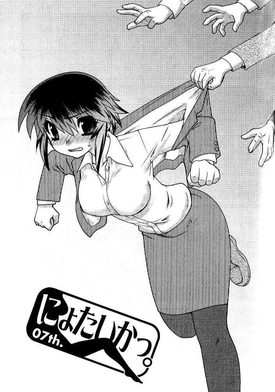 Nyotai-ka is a comedy ecchi manga about a junior Salaryman named Manaka Makoto, who, frustrated by his lack of success in his own love life, decides it would be amusing to troll an online dating site as a G.I.R.L. in order to spread the frustration. This winds up epically backfiring when a goddess decides to intervene and make him an actual woman.