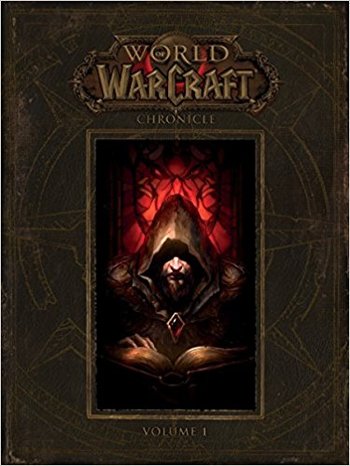 World of Warcraft: Chronicle is a three volume book series that covers the history of the the Warcraft universe. It covers the events from the creation of the universe all the way to Cataclysm. The books act much like an illustrated series bible for the franchise, taking the vast lore of Warcraft and condensing it into three easy to reference books, as well as updating and changing plot points to better fit into the game's current story.

The first volume was released March 15, 2016, the second volume came out March 14, 2017, and the third volume was released in March 27, 2018. While it was originally stated that the book series was going to end after three volumes, Matt Burns, senior writer for Warcraft, has hinted that there may be more volumes planned.