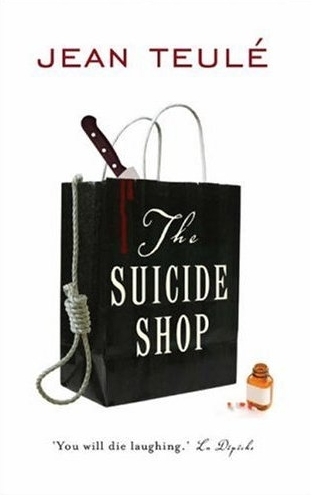 "Has your life been a failure? Let's make your death a success."
- The Suicide Shop motto

The Suicide Shop (originally: Le Magasin Des Suicides) is a 2006 Black Comedy novel by the French author and film-maker Jean Teulé about the Tuvaches, the family that runs the afore-mentioned shop in the distant future after the "Big One" where life has become meaningless for most, leading to them seeking out the Suicide Shop, where they have a method to kill yourself for any budget. When their youngest son, Alan is born, they discover that he is not like the others.

An animated film based on the book was made in 2012, directed by Patrice Laconte. It also happens to be an Animated Musical.