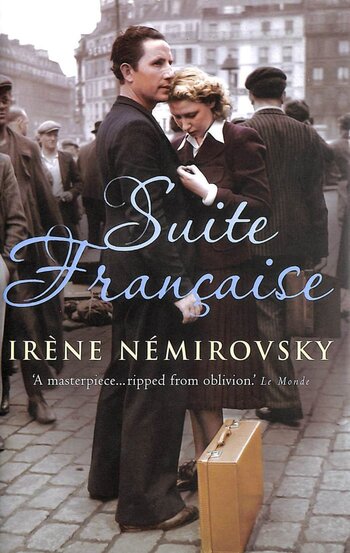 A planned sequence of five novels by Ukrainian-born French writer Irène Némirovsky, only the first two of which were completed before the author's death in Auschwitz in 1942. The manuscript of Storm in June and Dolce were kept by the author's daughters, who miraculously escaped deportation and remained undiscovered for decades until it was finally published in 2004 under the title Suite Française, more than sixty years after Nemirovsky's death.

It bears a strong resemblance to Le Silence de la mer, which was written pretty much at the same time and shares similar themes and situations.

A film adaptation was released in 2015.