Literature / Stepping on the Cracks 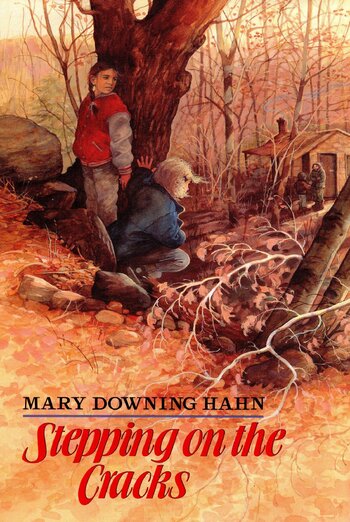 A 1991 middle-grade novel by Mary Downing Hahn, Stepping on the Cracks follows the families of young soldiers back at home in Maryland during World War II, particularly eleven-year-old Margaret and her best friend Elizabeth, who both have older brothers fighting. They discover that their bully, Gordy Smith, is hiding his conscientious objector older brother Stuart, leading to an uneasy state of affairs that tests their belief in the war, and their ability to keep secrets.