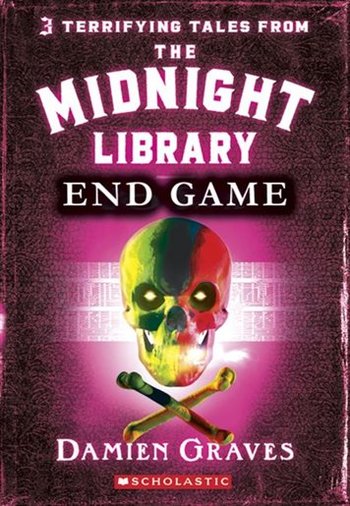 A series of horror novels for young adults. They have all been written by different authors under the pen names "Damian Graves" and "Nick Shadow." Quite a few books have been published, but only eight have been published for the 2000s era. Each story revolves around the unfortunate tale of some kids who find themselves facing terrifying, supernatural threats, and each one leads up to a new ending that's bound to scar the reader's brains for quite some time. What makes the stories even more horrifying is that these are all kids suffering these fates. Eat your heart out, R.L. Stine.