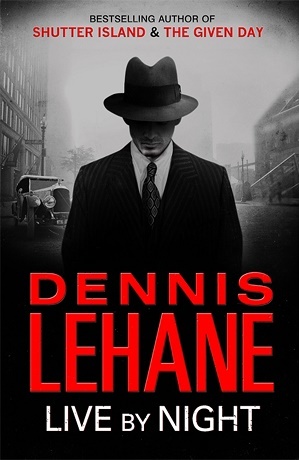 A 2012 Roaring Twenties Period Piece by Dennis Lehane. A spinoff of his 2008 novel The Given Day, it's the story of Joe Coughlin, a petty criminal who's the son of a prominent Boston cop; a robbery of local mob boss Albert White's card game leads to an affair with his moll, Emma Gould, until Joe is uncovered after a robbery goes afoul and sent to prison. In prison, he befriends Maso Pescatore, The Don of Boston, and once Joe gets out, he's off to Florida to oversee Maso's operation there, where he falls in with Cuban revolutionaries, goes up against the Klan, and generally rises up the ladder of organized crime.

In 2015 it's sequel World Gone By was published following Joe in Florida in the 1940s.

A movie based on the book came out in 2016, directed by and starring Ben Affleck.