Literature / Bride of the Rat God 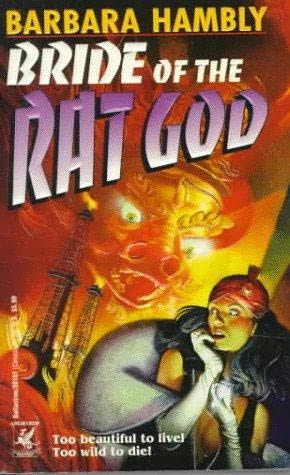 Bride of the Rat God is a Historical Fantasy novel by Barbara Hambly.

The exotic Chrysanda Flamande (actually Christine Flint from Philadelphia) is a rising star in The Silent Age of Hollywood. Her rich producer boyfriend Frank just gave her a beautiful old Chinese necklace, her down-to-earth sister-in-law Norah keeps her within shouting distance of the straight and narrow, The Roaring '20s are roaring and life is good.

Then her body double from her latest movie is horribly murdered, in circumstances implicating one of the studio's other stars. While the studio's spin machine springs into action, Norah gradually discovers that the murderer wasn't human — and that Christine is also in danger. It's up to Norah and a small group of allies to keep Christine safe, with Christine herself providing occasional and dubious assistance. All while dealing with the everyday havoc surrounding the production of Christine's new movie, She-Devil of Babylon.