“I sense in you a yearning for more - a hunger for control. You desire power. Those that walk my path will certainly find it.”
— Old Man 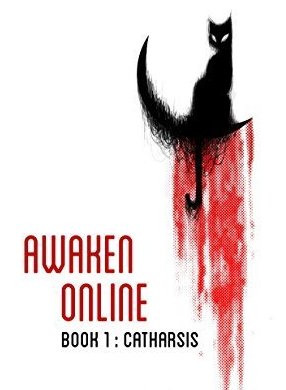 A Meaningful Title if there ever was one.
Advertisement:

Being a scholarship student at one of the world's most prestigious private schools sucks, no matter how good your grades are. Peers and staff alike conspire to make "welfare" student Jason's life hell. At home, his parents, both environmental attorneys, are always away on business; besides, even when they are home, they don't have time for him. Jason works hard to keep up his grades and he plays hard in online games to escape his powerlessness over everything else.

By the day Awaken Online launches, Jason endures a string of infuriating defeats that end with him being expelled from school and his home! And in the game, he attracts the attention of a deep secret that offers him all the power he desires.

This main series of books have four released so far:

A series of additional stories have been released under the title of Side Quests which expand on the mythology of the game-world and supporting-characters:

The Tarot trilogy follows Finn Harris, a former Cerillian Entertainment employee and the Avatar for the Fire Affinaty, whose daughter convinces him to play AO in order to investigate strange reports about the game. Ember follows Finn as he becomes embroiled in the politics of a totarlian-magic school while dealing with his crippling guilt surrounding his wife's death. As Finn undercovers secrets within the academy he also discovers startling truths behind the A.I. controller called Alfred.

"Welcome to the Darkness."