Literature / A Romance of Two Worlds 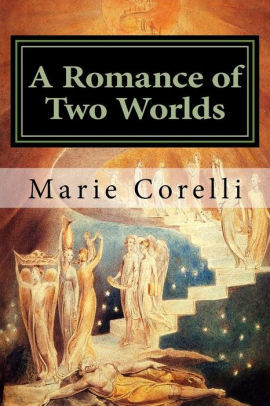 A Romance of Two Worlds is an Urban Fantasy that doubles as a religious treatise on Corelli's form of spirituality — more or less a blend of Christianity and mysticism or spiritualism (she dismissed the Spooky Séance type as nonsense, though). Some New Age believers promote it as a partly- or mostly-factual account and it was certainly taken seriously by the Rosicrucians and some Theosophists.

Corelli's unnamed Author Avatar is afflicted with debilitating depression and anxiety. She takes a sabbatical in Cannes to try to lift her spirits. Here, she encounters an Italian artist named Raffaello Cellini, who seems to possess some bizarre power that is gradually improving her health. Cellini refers to her to a mysterious man named Heliobas for further treatment, which begins her journey into finding the truth about the nature of life, God, and the heavens.

Hint: It involves lots of electricity.

The entire text is online

in several formats at Project Gutenberg along with all of Marie's other works.