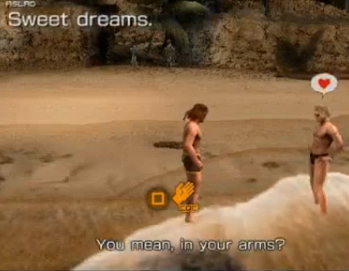 "I know the Major better than anyone else."
— Volgin, Metal Gear Solid 3, after identifying an impostor of the Major by grabbing his crotch
Advertisement:

"Snake, this page is about Ho Yay in the Metal Gear series."