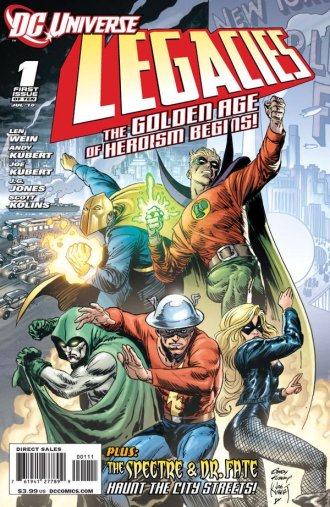 An old man, Paul Lincoln, proudly displays his memorabilia and begins to tell his history...and, simultaneously, the history of the DC Universe. From the streets of Suicide Slum in the 1940s to Washington at the end of The Golden Age of Comic Books to Metropolis in The Silver Age of Comic Books, he tells of the transition between the old-style masked heroes to the newer heroes, even as he tells his story.

Each issue is written by Len Wein (creator of Swamp Thing and many others) and illustrated by various people. Paul Lincoln's story doesn't take up all the book either - there's a backup story called a "Snapshot" of various characters at various times.

This series ran for ten issues from 2010-11. It's basically the DC version of Marvels.