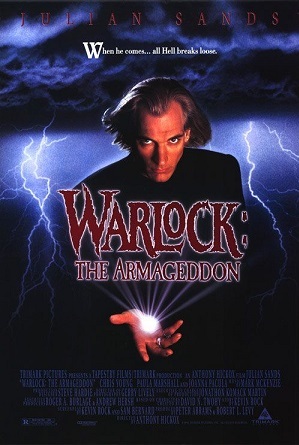 Warlock: The Armageddon is the first sequel to Warlock, released in 1993. Julian Sands reprises his role as the Warlock in this installment.

The secret to defeating Satan's son has been kept hidden by the descendants of an ancient order of druids. When the Warlock is reborn, the Devil orders him to complete a set of seven magical runes spread across the country and destroy the druid warriors destined to slay him.

In 1995 a video game adaptation was also released, with the Warlock and the player, a druid sorcerer, competing to collect the runestones. Its scope is much broader, with the player traveling through time and even into Hell itself on their quest.