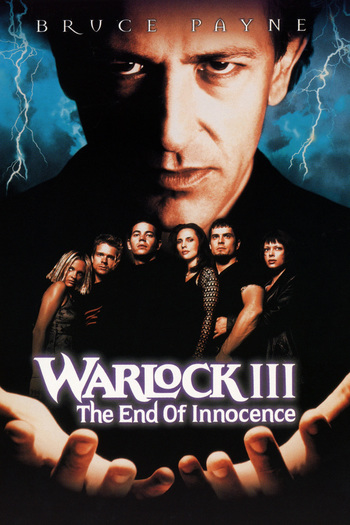 Warlock: The End of Innocence is the second sequel to Warlock (1989), which was released in 1999 straight to video.

College student Kris (Ashley Laurence) learns that she has inherited an old house. She goes there to learn more about her checkered past, only to run into the Warlock (Bruce Payne), who has his own designs for her.