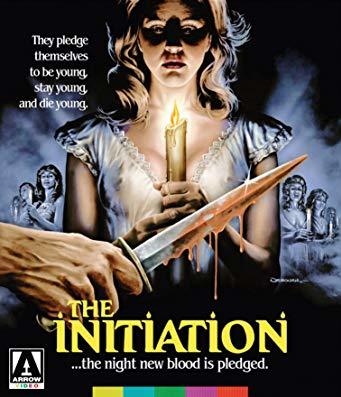 While trying to understand a frightening reoccurring nightmare, a pledge is coaxed into breaking into her father's department store by her sorority sisters, where a deranged killer targets the girls and their boyfriends.

The Initiation contains examples of: