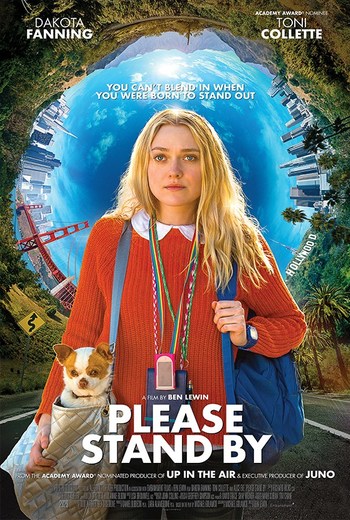 Please Stand By is a 2017 dramedy film directed by Ben Lewin.

Wendy Welcott (Dakota Fanning), a young autistic woman living in a group home in Oakland, has written a 427-page Star Trek script, which she plans to enter in a Paramount screenwriting contest with a $100,000 prize.

After she misses the mail-in date, she runs away from the group home and travels to Los Angeles to deliver the script herself.

Please Stand By contains examples of: