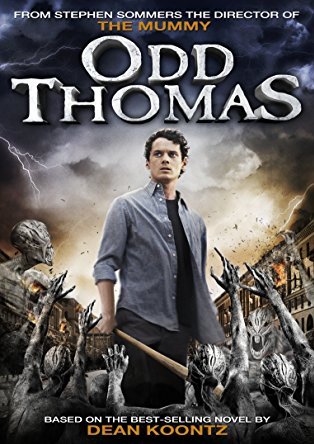 Odd Thomas is a 2013 supernatural thriller directed by Stephen Sommers, starring Anton Yelchin, Addison Timlin and Willem Dafoe. It based on a novel of the same by Dean Koontz.

Odd Thomas (his actual name) is a guy with a supernatural talent to see dead people. Together with his girlfriend Stormy, he uses his abilities to solve their deaths, providing help to Chief Porter, his ally in the local police force. One day, he learns that a disastrous event is about to hit his hometown, and sets out to stop it before it happens.