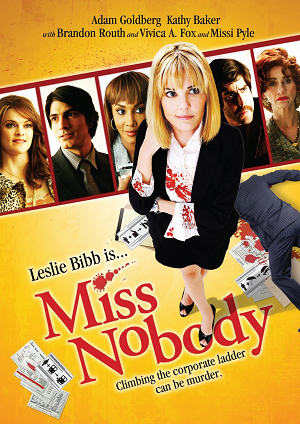 Sarah Jane McKinney (Bibb) is a sweet, mild-mannered secretary at Judge Pharmaceuticals who is overjoyed at her recent promotion to junior executive... only to find out that she'll be working as a secretary to Milo Beeber (Routh), one of the senior executives. When Beeber takes Sarah Jane out on one of his customary dates (he always sleeps with his secretaries), he dies in a freak accident while Sarah Jane tries to resist his advances. The next day, Sarah Jane finds herself promoted to Beeber's position at the company, which gives her some ideas about how to get ahead. Meanwhile, she begins falling for a new boarder at her house, Bill Malloy (Goldberg), who just so happens to be a detective investigating the recent string of unnatural deaths of Judge Pharmaceuticals' executive board.