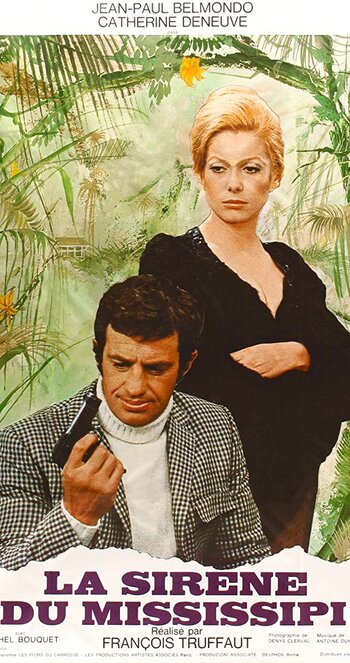 Mississipi Mermaid (in French La Sirène du Mississipi) is a 1969 French film directed by François Truffaut and starring Jean-Paul Belmondo, Catherine Deneuve and Michel Bouquet. It is based on Waltz into Darkness, a 1947 novel by Cornell Woolrich.

Louis Mahé (Belmondo) is a rich man who lives on Réunion Island. He is the owner of a tobacco plantation. He places a small ad to find his soulmate. After a regular correspondence with Julie Roussel, a woman who lives in New Caledonia, he invites her to come to Réunion Island to get married with him. Louis goes to the port to meet her, but the woman who comes off the boat (Deneuve) does not look like the one on the picture Louis had received. She pretends that she sent the picture of a friend to protect herself. Louis believes her and some time later they get married.

2001's Original Sin is an American remake of this film.