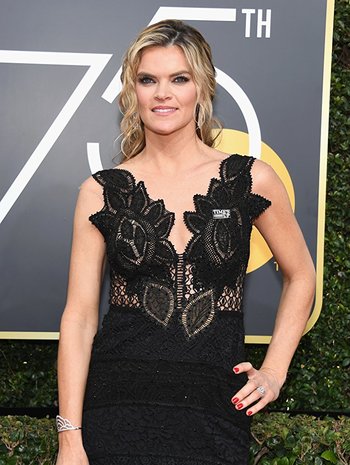 Andrea Kay "Missi" Pyle (born November 16, 1972 in Houston, Texas) is an American actress. Her film credits include Galaxy Quest, Big Fish, Charlie and the Chocolate Factory, The Artist and Gone Girl. Her extensive television career includes roles on Two and a Half Men, Boston Legal, The Sarah Silverman Program and Mom. From 2007 to 2011, she was in the country music duo Smith & Pyle with Shawnee Smith.

Tropes associated with Missi Pyle include: