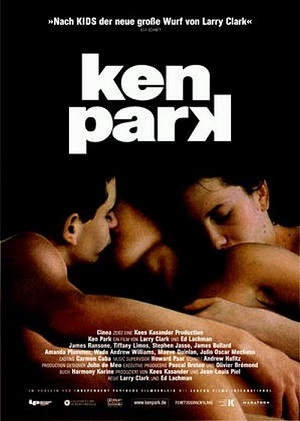 Ken Park is a controversial 2002 American-Dutch-French drama film directed by Larry Clark. It is his fifth film, after Kids, Another Day in Paradise, Bully and Teenage Caveman, and his first to be written by Harmony Korine since Kids.

The film consists of four storylines about four teenagers living in the same neighborhood:

The title character, Ken Park, commits suicide in the opening.