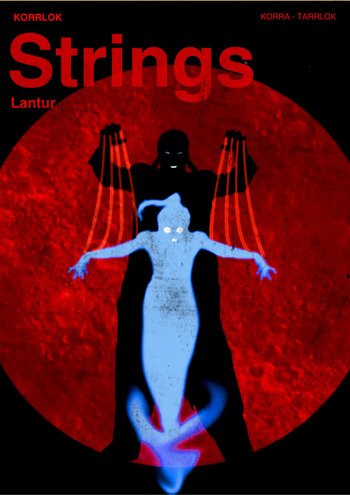 is a Legend of Korra For Want of a Nail AU, taking place after episode 9 where Tarrlok's plan for leaving Republic City succeeds and takes Korra as his hostage since Korra was never rescued by the Equalists. They leave Republic City and Tarrlok forces Korra to marry him to give a cover story to why they are together.
Advertisement:

Settling in a backwater in the Earth Kingdom posing as Northern Water Tribe husband and wife, Taruq and Senna, Tarrlok tries to keep Korra from escaping the threat of bloodbending over her head. Korra is forced to rely on her wits and not her strength if they are survive each other. Korra hopes for her chance to escape but she and Tarrlok may be more in over their heads then they realize.