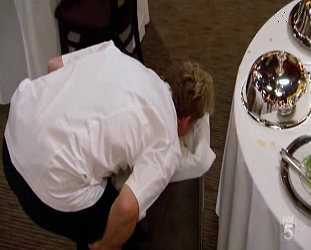 "YOU MADE ME SICK, YOU FUCKING DONKEY!".

Ramsay may be the Determinator, but there are times that even he can see there is nothing to be salvaged. Below are some of the highlights—or in this case, lowlights.