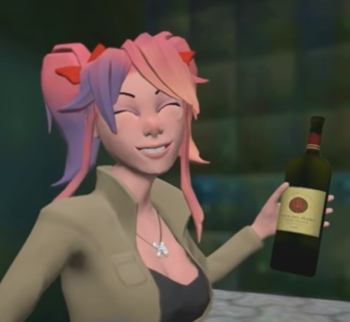 Saiko Bichitaru: she always has a bottle of wine ready.

Glasses up, retards! With all the craziness and chaos that unfolds, SMG4's Mario Bloopers can be quite of a drinking game!