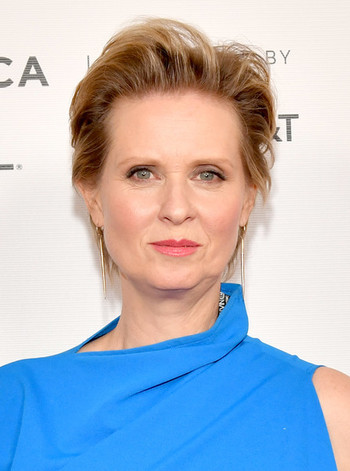 Cynthia Ellen Nixon (born April 9, 1966) is an American actor and activist best known for Sex and the City, Amadeus, and James White.

She is openly bisexual, having had a relationship with Danny Mozes, is currently married to Christine Marinoni, and has three children, two with Mozes and one with Marinoni.