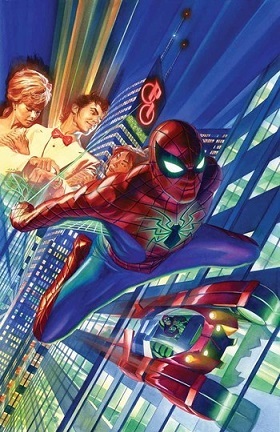 The longest run of Spider-Man by any writer in its history branching off from Brand New Day, saw Dan Slott, who had been contributing to the previous era's "Webhead" brain trust since 2008, emerge as the sole writer starting in 2010. Dan Slott's helm as writer has seen the franchise achieve several critically and commercially well-received story arcs. The creation of several popular spin-off titles have also resulted in the comic line effectively evolving into becoming a "Spider-Family." Slott ended his run with one last story arc — "Go Down Swinging" — in 2018, succeeded by Nick Spencer's run.

Several notable changes that Slott has introduced into the mythos includes Peter finally transitioning from being a photographer into being a full-blown scientist, first working for Horizon Labs and then later, after the Superior Spider-Man incident, working as the owner of Parker Industries, Black Cat's return to villain-hood as the new "Queenpin of Crime", several large stakes events that had Peter fight for not only the safety of New York, but the multiverse itself, and the Spider-Family becoming solidified both in universe and in Marvel proper as a sustainable pillar to the comics.

This run has also produced a number of spin-off titles, and characters as well as AU versions such as: